I’m delighted to be sharing my review today as one of the stops on the blog tour for We Begin At The End by Chris Whitaker. Thank you as always to Tracy over at Compulsive Readers  for my invite onto the tour and Zaffre for my eARC which I read in exchange for my honest thoughts.

Firstly, a little bit about the book 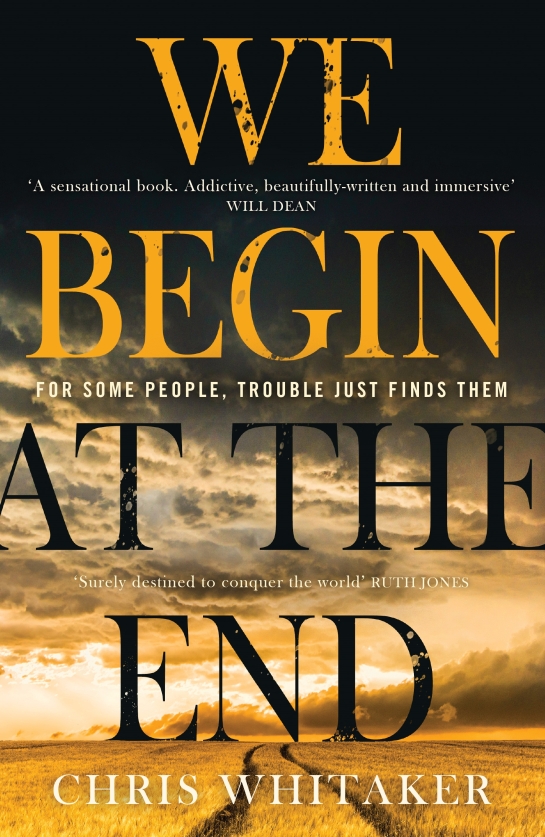 Now, he’s been released from prison and is back in his hometown of Cape Haven, California. Not everyone is pleased to see him. Like Star Radley, his ex-girlfriend, and sister of the girl he killed.

Duchess Radley, Star’s thirteen-year-old daughter, is part-carer, part-protector to her younger brother, Robin – and to her deeply troubled mother. But in trying to protect Star, Duchess inadvertently sets off a chain of events that will have tragic consequences not only for her family, but also the whole town.

How far can we run from the past when the past seems doomed to repeat itself?

We Begin At The End is published by Zaffre and is available to vuy now in hardback, ebook and audio…

Chris Whitaker is a unique writer; up there in a league of his own, and I honestly don’t know how to write this review for his latest novel – masterpiece – We Begin At The End.

I’m going to do this review a bit differently; I tend to begin by going into a little detail usually about the plot, but I want you, the reader, to experience and get the same amount of pure satisfaction that I did as this story plays out, without me revealing anything. What I can tell you is that We Begin At The End is an American novel – I don’t believe anyone writes so richly about small town America in the way Whitaker does. The story starts with a saddening search for the body of a missing young girl, followed by the prosecution of her murderer, Vincent King. The story then moves us on thirty years where Vincent King is released from prison after serving his sentence…

Is We Begin At The End a crime story, a thriller, or more a murder mystery? I honestly wouldn’t like to stick a label on it as it’s so much more than any of that – what I can tell you is that it’s a powerful journey of love, loss, fear, hatred, tragedy and revenge, a tale that deeply explores humanity – the hope and belief we have in each other and how far we’ll go to protect the ones we love.

I slowly, yet leisurely and enjoyably made my way through this novel – I felt it wanted me to savour it. Whitaker comes across as being a writer who is fully confident in the skin he’s in – the setting, style, voice and dialogue of his writing/characters is so firmly mastered that it’s hard to believe he’s not actually an American author. His knack of creating memorable characters who you become invested in and wholeheartedly care about is quite something, and I’m sure I won’t be the only one not forgetting the courageous Duchess Day Radley anytime soon.

A stunning narrative. Vivid descriptions which create such a real sense of place and time. Real and normal everyday characters you fully invest and believe in. An intriguing mystery with many secrets, twists and turns to keep you fully engaged – not quite knowing which direction you’re heading. And, not forgetting, a most satisfying, hopeful ending. Really, what more do you want?

We Begin At The End is a stunning and painful character study and exploration of what it really is to be human – the blurring of lines between right and wrong, good and evil. It’s a breathtakingly written, achingly beautiful, classy piece of fiction. If you’ve not yet discovered Whitaker’s unique voice then I highly suggest changing that – I can’t imagine you being disappointed with any of his work. 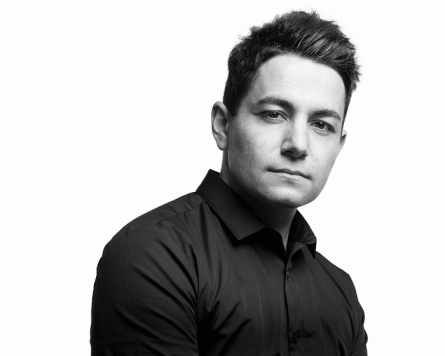 Chris Whitaker was born in London and spent ten years working as a financial trader in the city.
His debut novel, Tall Oaks, won the CWA John Creasey New Blood Dagger.
Chris’s second novel, All The Wicked Girls, was published in August 2017. He lives in Hertfordshire with his wife and two young sons.

Thank you for taking the time to read my review. As always, a little like or share to spread the word is always most appreciated. The blog tour for We Begin At The End is still ongoing so do check out the other stops…

View all posts by gemsquietcorner

I’m Gemma and I started my book blog back in August 2017 and I don’t regret a minute of it – it’s opened up a world of new books, new authors, new opportunities and not to mention, most importantly, new book chums!

Since a very young age I have always had a love and passion for reading and words. Some of my first memories were going to Easingwold library when I used to go stay with my Granny who worked as a cleaner there and having the whole place and all the books to myself – the dream! I grew up loving Enid Blyton stories and Lucy Daniels Animal Ark books, then when in my teen years I loved Point Horror and Sweet Valley High novels.

I read for complete enjoyment and for an escape; I cannot bear people who judge what people read stating that they aren’t proper readers – if you are reading a book, an ebook, a magazine, a comic, a newspaper it’s reading folks, and so long as you’re enjoying it then it’s no one else’s concern!

As all book bloggers do I have a never ending ‘to read’ list and little stack (*ahem* big) of books in each room of my home! A day when I don’t get to read just a little bit of a book is always a sad day.

My favourite genres to read are: Contemporary and women’s fiction, crime, police procedurals, thrillers and mystery, and well written chick-lit/romantic comedies. Although I will dabble in pretty much anything if I like the sound of it.

Besides books, I’m a tea addict, a crazy cat lady, and have an unhealthy obsession with buying pretty pyjamas and bedding. Oh, and I love a rainy day – books, tea and rain, is there a better combination?!