It’s a pleasure to be joining the blog tour today for The Spare Bedroom by Elizabeth Neep. Thank you to Sarah for the invite onto the tour and the publishers for my eARC, which I read in exchange for my honest thoughts.

Firstly, a little bit about the book

Armed with a super-sized backpack full of optimism, Jess sets off in search of sun, sea and a much-needed new beginning.

Things don’t get off to a good start.

Instead of sunshine, she’s met with torrential rain. Her job prospects are as dismal as the weather and that friend-of-a-friend she was meant to stay with has fallen through. Just as Jess is homeless, jobless and wishing she’d gone for the waterproof mascara, she runs into the last person she expected to see. Sam. The ex she never got over. Jess always believed that one day fate would bring them back together. Now he’s here, more gorgeous than ever.

Before she knows it, Jess is accepting Sam’s offer to stay in his spare room. But while she may have been less than truthful about the mess she’s in, there is also one rather important thing Sam has neglected to mention.

Suddenly Jess isn’t just living with her ex, but with his new girlfriend too. All of that baggage she thought she left behind may have caught up with her…

The Spare Bedroom is published by Bookouture and is available to buy now in paperback, ebook and audio…

An entertaining rom-com with a difference…

Looking at the cover for The Spare Bedroom, you’d automatically expect a fun and uplifting, will they won’t they rom-com, and whilst it is that, there’s also a hidden layer to it that’s not quite as light-hearted – as our leading lady, jess, goes on a rather touching, sometimes sad journey of self-discovery.

Moving from London to Sydney to get over her ex and live a little more independently doesn’t quite go as according to plan for Jess when she finds herself homeless, jobless and absolutely drenched by Sydney’s rain – oh, and just to add one last cruel twist of fate – bumps into that so called ex, Sam!

Is this your typical run-of-the-mill love story, with the happily-ever-after ending? Well, I’ll let you find out for yourself. What I can say is that Neep has not only created quite the love triangle, but also a tale of two faces. One side of this book is a joyously fun and witty romantic comedy, yet on the other side is a heartrending tale of the struggles that go alongside crippling heartbreak.

I really enjoyed watching how Jess and Sam’s story played out, as well as discovering their past history. Jess is a strong and brave character – frustrating from time to time – who many of us will be able to relate to in terms of character and situation, which I really think draws a reader in, being able to sympathise with her. She’s rather a complex character, but one you come to care for and root for rather deeply as the story progresses and the more you understand of her.

The Spare Bedroom is split into three parts; the first part of the story I found to have a slower pace, the building up of characters and their relationships which was perfectly understandable, but I soon settled in – the writing style came across as rather ‘chatty’ which I liked as it almost felt I was among friends and, as for the ending, well it’s a certainly not clear cut or predictable for this genre. In fact, bittersweet is the word I’d use to best sum up this novel. I also enjoyed reading the letter to the reader at the end of the novel about how the story-line came about for Neep.

The Spare Bedroom is an enjoyable, uplifting and motivational tale to whisk away with for a few hours. There’s many life lessons and moments of truth that speak out to the reader and which ultimately leave you with that feeling of contentment.

Elizabeth Neep studied Law and Australian Law (University of Nottingham, University of New South Wales) before getting into publishing, where she now works as a senior commissioning editor for an independent press. She has written features for numerous publications including Cosmopolitan, Dazed Digital and PETRIe, is a trustee for a mental health charity and draws and paints in her spare time. She can usually be found with a flat white or glass of wine in hand around her home in London Bridge.

View all posts by gemsquietcorner

I’m Gemma and I started my book blog back in August 2017 and I don’t regret a minute of it – it’s opened up a world of new books, new authors, new opportunities and not to mention, most importantly, new book chums!

Since a very young age I have always had a love and passion for reading and words. Some of my first memories were going to Easingwold library when I used to go stay with my Granny who worked as a cleaner there and having the whole place and all the books to myself – the dream! I grew up loving Enid Blyton stories and Lucy Daniels Animal Ark books, then when in my teen years I loved Point Horror and Sweet Valley High novels.

I read for complete enjoyment and for an escape; I cannot bear people who judge what people read stating that they aren’t proper readers – if you are reading a book, an ebook, a magazine, a comic, a newspaper it’s reading folks, and so long as you’re enjoying it then it’s no one else’s concern!

As all book bloggers do I have a never ending ‘to read’ list and little stack (*ahem* big) of books in each room of my home! A day when I don’t get to read just a little bit of a book is always a sad day.

My favourite genres to read are: Contemporary and women’s fiction, crime, police procedurals, thrillers and mystery, and well written chick-lit/romantic comedies. Although I will dabble in pretty much anything if I like the sound of it.

Besides books, I’m a tea addict, a crazy cat lady, and have an unhealthy obsession with buying pretty pyjamas and bedding. Oh, and I love a rainy day – books, tea and rain, is there a better combination?! 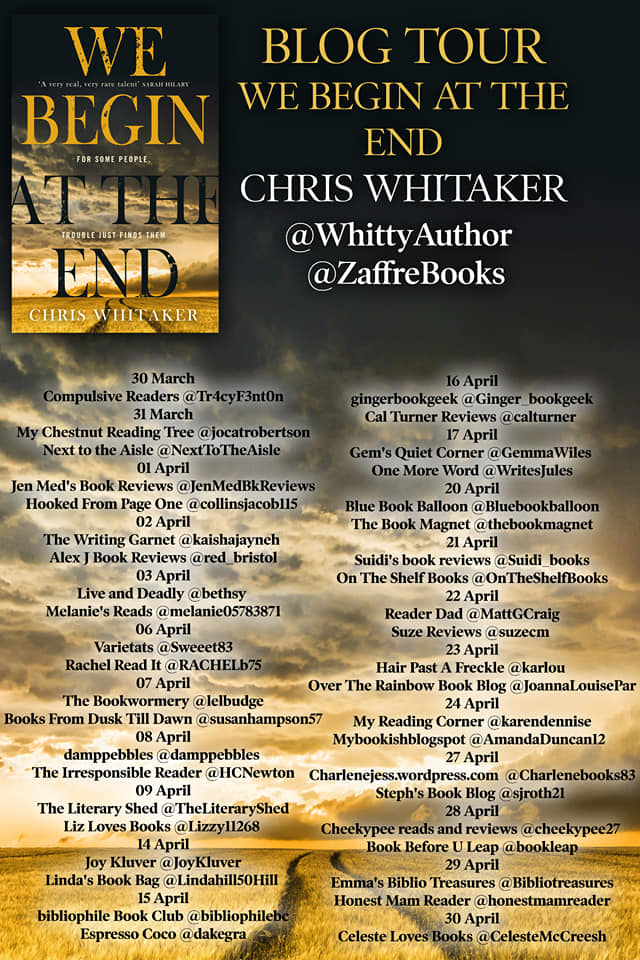